Share
Those sweet, juicy, perfectly plump Driscoll’s raspberries that you and your family enjoy? They’re the result of years—decades, in fact—of research, dedication and a healthy dollop of passion to breed and grow these dazzlingly bright red berries. Join us as we take you behind the scenes to meet a member of our long-standing California raspberry growers.

If you call Eric Reiter at 7 a.m. on any given morning, you’ll likely to find him running errands before his day begins. On this particular Tuesday, Eric was dropping off his dog, Indi, at his parents’ house before heading into the field. Eric, a fifth-generation California farmer, grows raspberries, blueberries, blackberries and strawberries for Reiter Affiliated Companies, one of Driscoll’s independent growers. Eric lives in Santa Barbara, California and grows in Oxnard, where a favorable coastal climate, rich soil and level topography make it one of the largest-producing regions in the world for Driscoll’s raspberries. From Saturday trips to the berry ranches with his dad to loading berries on a truck as a teenager, Eric has spent his life in his family’s fields. "We're all really tight as a family. 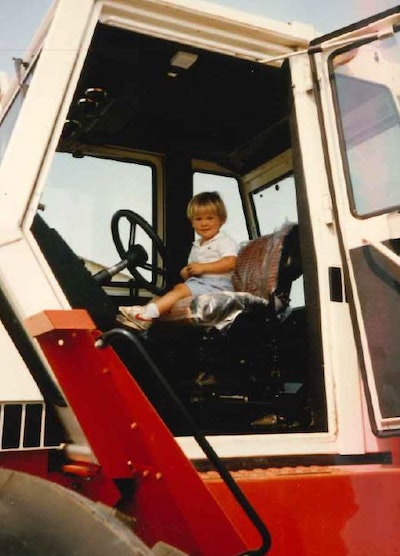 There's a lot of focus on family and having a deep connection with the people that you work with," Eric says.

Whether it’s a successful business strategy, a strong work ethic or a passion for berry farming, the common thread through Eric’s career has been a close tie to the family business. "There's a high level of passion for what we do," he says.

That passion for farming has contributed to the booming raspberry production in Eric’s fields, but its success didn’t happen because of serendipity or immediate demand, and it certainly didn’t happen overnight. Driscoll’s raspberry breeding program has been a long time in the making—about seven decades, to be more exact. “There wasn’t much of a demand for raspberries in the first half of the twentieth century,” Eric says, “I think they were a relatively unknown item.”

In the early days of commercial berries, the market belonged almost exclusively to strawberries; consumers weren’t familiar with raspberries, other than varieties that grew wild along fence lines and roadsides. In addition to their unfamiliarity, raspberries, while delicious-tasting, were too delicate to grow commercially, and their packaging wasn’t conducive to shipping.

After a few stops and starts in the 1950s, ‘60s and ‘70s, Driscoll’s raspberry breeding program was in full swing by the mid-80s, led mainly by the ambitious efforts of Miles Reiter, Eric’s uncle. Miles and his brother Garland, Eric’s father, joined forces to create a symbiotic relationship between Driscoll’s as the berry breeder and distributor, and Reiter Affiliated Companies as one of Driscoll’s independent growers. The goal of the raspberry breeding program was two-fold: to breed a high-quality, flavorful raspberry that tastes good and ships well, and to create an almost year-round supply by growing in different regions around the world. 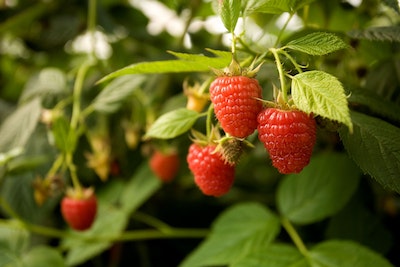 During that time, the raspberry program met its fair share of setbacks. “Driscoll’s had a lot of challenges,” Eric says. “We tried to grow them down in San Diego in ’88, and that year was the worst freeze ever on record for San Diego. Then we retracted from there and went back to Carpinteria, and eventually down to Oxnard, which is now one of the largest-producing regions for Driscoll’s raspberries.”

By the late '80s, Driscoll's raspberry program had single-handedly changed the raspberry market by creating demand for tender, fragrant, jewel-like berries and offering them throughout the seasons.

“That was a huge advancement,” Eric remarks, “to have higher quality fruit year-round.” Another boon for the raspberry business? The creation of the clamshell packaging in the early ‘90s. Designed specifically for proper airflow and transportation, the clamshell revolutionized the way berries were packaged, shipped and stored. "The clamshell was first introduced with raspberries, which allowed the product to ship-this was huge," Eric says.

As with any passion-driven company, Driscoll’s continues to look for ways to improve its raspberries. “Driscoll’s is advancing their breeding program, trying to breed in more flavor,” Eric says. When asked what consumers are looking for in a perfect raspberry, he adds, “You want a nice balance of sugar and acid; you don’t want something that’s overpoweringly sweet.”

The next time you open a clamshell of plump, juicy Driscoll’s raspberries, you can think of them as a family-inspired effort to create a delicious, high-quality berry that families around the world can enjoy, and you can be sure they were grown with love, care and a commitment to creating only the finest berries.

What a Wonderful World

Passing on the Love of Growing Raspberries

Carrying on the Family Farming Tradition